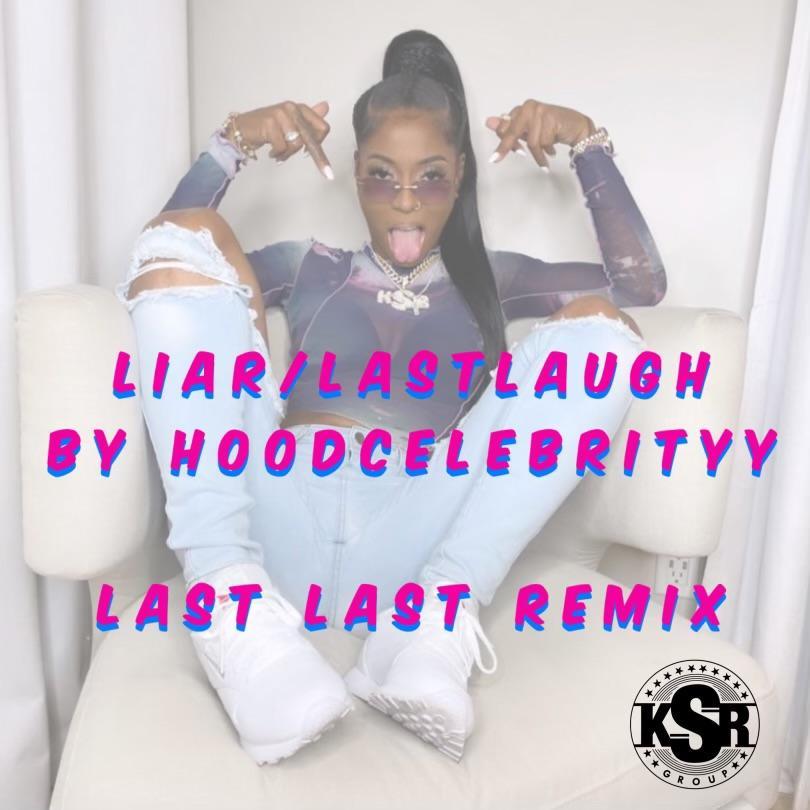 This version of “Last Last” is sure to take over DJ sets at the hottest parties. The lyrics can relate to many women who are liberated after breaking up with a toxic ex!

The release of “Liar / Last Laugh” (“Last Last” Remix) is off the heels of Hood Celebrity’s latest single “Signs”. The visual for “Signs” has garnered over 1.8 million views and counting after the official video release at the beginning of August.

Hoodcelebrityy’s hit single, “Walking Trophy” was her breakout moment, but she later became known for hits such as, “Bum Pon It” and more. She has collaborated with artists like French Montana, Fabolous, Lil Kim, Trey Songz, and Tory Lanez. As Hoodcelebrityy’s fan base continues to grow, so does her impact and influence on the culture. Recently her single, “So Pretty ” is still going viral on TikTok and empowering women to always feel beautiful and confident in their skin. It is organically averaging over 1000+ videos per day with over 216,000+ videos created to date. It has also spiked on all DSP as a result. Having performed on massive shows such as Hot97 Summer Jam Concert, and recently wrapping up a 10-city tour with Rotimi, it’s safe to say Hoodcelebrityy is an international celebrity and she is destined to be one of New York’s most dominant Dancehall artists.